400,000+ People Checked Out 3x Faster with Shopify Pay This BFCM

More than 1 in 4 U.S. shoppers with intent to buy have abandoned their cart in the past quarter because the checkout process was too long or too complicated.

That’s a lot of money being left on the table.

Earlier this year, we launched Shopify Pay to accelerate checkout for your customers, reducing cart abandonment and improving sales.

With Shopify Pay, customers can save their personal information and payment details to Shopify Checkout in just 1 step on hundreds of thousands of stores powered by Shopify. Even on stores they’re visiting for the first time!

Let’s dive into just a couple of those BFCM success stories. Like all ecommerce stores, Victoria Emerson battles with cart abandonment:

“It’s always interesting to us why the ‘add to cart’ number is so high. Why do 30% of people on Black Friday add to cart and only half actually checkout? We know that’s something people do, so it becomes a matter of pushing them along each stage of the process. If we can improve the drop-off rate at each stage along the way, we can increase our conversion rate.”

Shopify Pay is one way Jamie and the Victoria Emerson team are moving customers through each stage of the purchase process faster and more efficiently:

“In the age of mobile, competition for time is so high. You need to be able to push the customer through the process as quickly as possible because every second, you risk losing them to a new notification. Speed is very important.”

“Shopify Pay improves the checkout process because customers are able to checkout faster with less friction. So, they’re more likely to actually make their purchase.” For Alan Cassinelli and the Peel marketing team, accelerated checkout with Shopify Pay is a modern solution to an old “necessary evil”:

“It feels like a major improvement over the regular checkout experience we’ve been using on the web for however many years. Accelerated checkouts really take advantage of the new technologies we have to purchase. It doesn’t make sense to have to re-enter the same information over and over again across all of the Internet.”

This BFCM, mobile sales surpassed desktop sales throughout the entire weekend. Actually, mobile sales accounted for 64% of orders overall, an increase of 10% year-over-year.

With Shopify Pay, checkout is quicker and easier than ever before, especially on mobile:

“The speed of the entire website, especially the checkout experience, is definitely critical. It’s normally a pain point or, at the very least, just a really slow process, especially on mobile. To have an accelerated checkout that expedites the process is a huge bonus to our business.”

Over BFCM, Peel’s conversion rate was more than 2x higher than usual.

“It’s kind of like going into your favorite coffee shop, and they all already know what your order is going to be. It’s a more personal experience. You’re not just some random person on the web. It’s just more convenient and, as everyone knows, convenience is the number one driving factor of ecommerce.”

This BFCM, Shopify Pay allowed 400,000+ people to take advantage of the hottest deals 3x faster. The result? $32 million in the hands of Shopify merchants instead of in old, abandoned carts.

You can see the impact Shopify Pay had on your BFCM in your payments report: 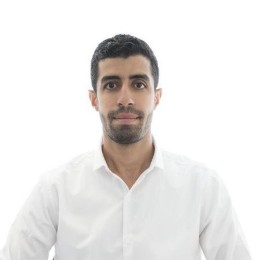 Richard is a Product Manager at Shopify focused on empowering entrepreneurs by building the best purchase experiences.